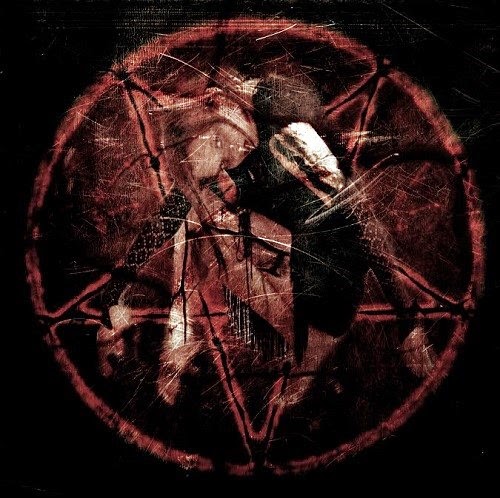 Descending the ladder (found at the end of the last session) further underground, we found ourselves in a corridor where Davian Battlebeard (Kevin) set off a swinging club trap - but managed to avoid serious harm because of his armour.

The corridor led into an alchemist's lab, that we turned over as we are wont to do. An animated broom decided to attack Harry the halfling (Simon), but in the end we overpowered it (I managed to set it on fire, but Pete's GMPC, Kirchin landed the 'killing' blow).

Among the books and alchemical equipment, on tables around the room, I found a diary belonging to someone called Suto who was allied with an entity called "The Voice Below", was hunting for the "Codex Illium" and wanted to summon the demon Frogroth.

So, we were kind of right in that the ogre we defeated last time wasn't the "Big Bad", it's just that he was working for this evil Suto guy.

There were three passages out of this room and heading north we found a bedchamber - with more books and a diary, this time belonging to an old man called Erazmus who went on about unspecified "secrets" under Dundraville.

We then took the eastern passage out of the lab and - after carefully avoiding a giant Shrieker mushroom, clearly left as an alarm - we came upon a temple-like room where the elderly Suto himself had a silver pentagram on the floor and was just in the process of summoning Frogroth.

This was my wizard's chance to shine and he burned the last of his stamina casting a magic rainstorm over the room that extinguished all the sorcerer's fires, preventing him from completing the ritual.

Davian waded in, followed by apprentice wisewoman Veriel Whisperwind (Meredith) while Kirchin and Harry shot missiles from the doorway.

Unfortunately, Suto was able to throw up a protective shield that blocked our attacks. Then he summoned a gargoyle - out of the ceiling stonework - to aid him. Both Davian and Veriel managed to land attacks through the shield, but didn't really seem to be doing that much damage.

However, around this time Peter Entwhistle (my wizard) remembered the potion of strength he'd discovered earlier and necked it, but just as I was going all Popeye, the gargoyle grabbed Veriel and tore her in half (splattering the rest of us with her blood!).

Taking my magic staff in both hands, I roared into physical combat with Suto, as Davian and I sought revenge on the summoner - by trying to beat him into a paste on the floor.

The gargoyle had also slapped Davian around a bit, nearly killing him as well, until Harry felled the rock creature with a well-aimed stone from his sling.

In trying to batter our way through the magical shield, I'd managed to break one of Suto's arms and, in quick succession, Davian landed a pair of blows that broke our enemy's legs - but not before he'd managed to summon a poisonous spider, that took a bite out of Kirchin.

Eventually, the epic confrontation came to an end, with us wearing Suto down until Davian could finally deliver the killing blow.

Once rested, we moved Veriel's body to the bedchamber before exploring the final passage out of the lab. Down there we found a room of cages where the two villagers were being held: Dale, a serving wench from The Merry Tavern, and gnome merchant called Jonas who promised us great riches for rescuing him.

After that we left the cave complex, heading back to Dundraville to get villagers and carts to help us retrieve Veriel's body (to give her a proper elven burial back at Bendwyn) and - of course - the treasure (including another library-worth of magical and mysterious books for Entwhistle to add to his growing collection).
Scribbled by Tim Knight at 20:49:00