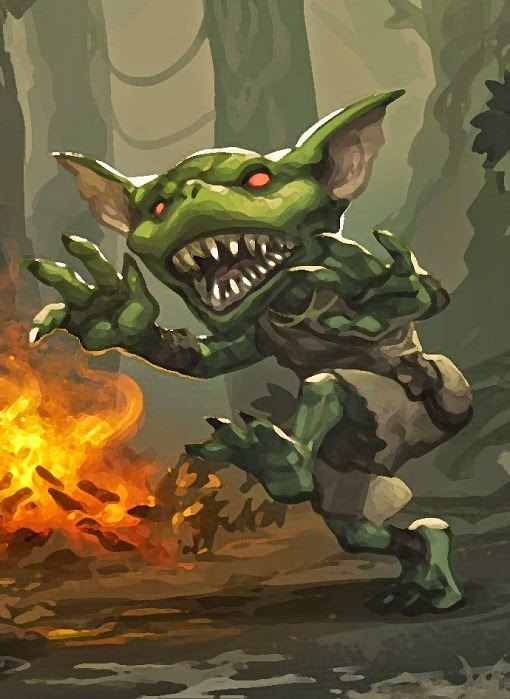 It's a couple of weeks since our heroes returned to their home town of Bendwyn with the captive outlaw, Margesh Blackblood, and sent word to Sir Browyrd, Sheriff Of Dranning, and they've been getting on with their lives.

Sir Browyrd eventually arrived in Bendwyn - swooping in, ostentatiously, on the back of a giant eagle (which he later explained was a "tarn", a gift from the Pharaoh of Starlight Empire, a land none of the group had heard of), before taking over a suite of rooms in The Broken Blade, the town's largest tavern.

Blackblood was granted parole - on his honour - and moved into Browyrd's rooms and eventually our heroes were summoned for an audience.

They were introduced to a peasant sheep herder called Timmon The Short who had a tale of finding silver coins in the foothills of the Gargoyle Mountains, near the source of the Bright River.

Sir Browyrd charged the group with accompanying Timmon to find an explanation for the appearance of The Duke's coin washing out of the hills and down the river. 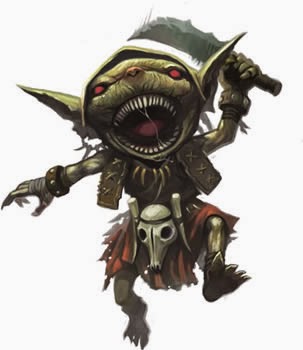 It was a two-day hike to the spot where Timmon had left his apprentice Eric guarding the flock and the location of the treasure.

As they readied themselves to make camp in the wilderness on the first night, Davian caught a whiff of goblin in the air, which put everyone on alert.

Darkness fell and they gathered round the fire, listening to Timmon spin tales and crack bawdy jokes, when a strange barking rent the air.

Imogen bravely headed off into a nearby clump of trees to see what she could find and immediately discovered a pack of goblins, complete with a vicious goblin-dog.

Naturally a fight ensued, but the result was never really in doubt. The goblins were brutal, managing to wound Timmon (he was later magically cured by Marigold) and Davian, but even their superior numbers were no match for the hardened adventurers - especially when one of those adventurers (Marigold) was adept at weaving magically webs.

The battle lasted a little over three minutes and the goblins, and their dog, were slaughtered.

The following day the party made it to the foothills and rendezvoused with Eric. They saw where the river emerged from the hills and realised they would have to crawl through the cold water into the passageway to find the source of the coins.

Inside the hill, they found someone had been using the natural caves as a base, but also soon found a desiccated corpse that they believed to belong to the 'Gentleman Bandit' Mardrid, who had disappeared about 20 years before (local legend, Timmon had told them earlier, was that Mardrid's base had been in this area although no one knew for sure).

There was a well constructed bedroom/office off the side of one of the caves that held Mardrid's bed and some of his treasures, but still no clue as to where the coins were coming from.

Following the river deeper underground, the group came to a deep pool (too deep for Harry and Davian to enter), but off to one side was a beach and a tunnel that was unnaturally cold.

Entering the tunnel, our heroes were surprised to see a ghostly spectre resembling the corpse they had just left behind them. It was the ghost of Mardrid The Gentleman Bandit, who pleaded with them to help him find rest.

They asked how and he told them he needed them to bring him a certain Lady Zadell (of Kel Castle, which happens to be in the capitol city of the neighbouring duchy of Kel, on The River Kel) so he could exact his revenge on her for poisoning him.

The party weren't really happy about this - seeing Mardid as a serial robber who probably deserved to be poisoned.

However, Mardrid eventually lost his patience and grabbed the nearest character - who happened to be poor Marigold. The party panicked and fruitlessly attacked the non-corporeal spirit as it drained the life from young trainee wizard.

Marigold fell dead to the floor and Mardrid vanished... 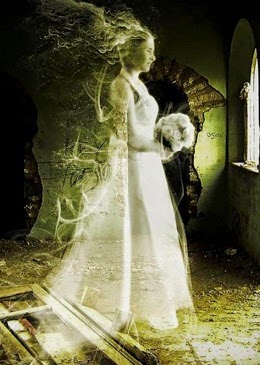 ...Marigold awoke in the afterlife, a bizarre, misty, grey and yellow realm, to be greeted by Mardrid who told her in no uncertain terms that he could return her to life as long as she agreed to bring Lady Zadell to him. She had 101 days to complete this task or she would not only turn into a spectral entity like him but be doomed to spend the rest of eternity as his ghost bride!

Marigold awoke - much to the shock of her companions - and quickly explained what had occurred.

The group reluctantly agreed to go along with the deal Marigold had struck in the "underworld" (or was it Purgatory?).

On the way out, Harry spotted a chain under the water of the deep pool, and Davian put his dwarvish mind to engineering a way for them to pull out the weighty chest at its end (Kirchin had waded out and found the chest, but wasn't strong enough to pull it up).

A rusted hole was seen in the side of the metal chest, and silver coins were spilling out! At least they had solved that mystery.

Loading the chest on to their mule - Charles - which had remained outside the caves with the two shepherds, the party headed back to Bendwyn, knowing that when they got home they would only have 99 days left to save Marigold from becoming a "ghost bride".