Chapter Twelve: If You Go Down To The Woods Today... 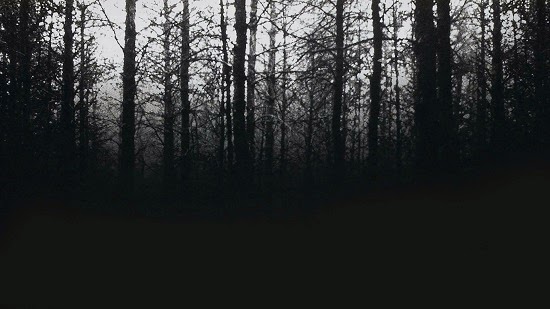 Following on from the incidents of the last chapter, our heroes had returned to Bendwyn and cooked up a plan to cross The Bright River and plunge into Huldre Forest to find the legendary Witch, who they believed would be able to lift Marigold's curse.

Marigold said a tearful farewell to her parents (who she had just 'reunited' with after being kicked out of the house of Peter Entwhistle, her wizarding mentor), Kirchin had purchased some supplies, a brace of horses and a couple of mules.

Reluctantly, the group decided - much to Davian's chagrin - to hire a guide from Skarg's tavern. Marigold boldly went in there on her own and returned minutes later with a handsome forester called Tarl in tow.

The group headed out of Bendwyn to the ferry across The Bright River, located outside the perimeter of Fort Bright which guards this entrance to the land of Elyntia.

Kirchin negotiated with the foul-looking ferrymen and got him to carry the party across for 25sp.

On the other side of the river, our heroes immediately felt a change in atmosphere, the air was hotter and clammier than they were used to and it wasn't long until they spotted a yellow dragon flying over head (which Marigold said wasn't a "good omen").

Tarl led them down the rough roadway, heading south, with the idea that at nightfall he would find the path he knew of that would lead to Huldre Forest, and eventually to the ruins of Landmaster Hall.

Unfortunately, as they were making camp that first evening, they were ambushed by an orc war party - which included two boar riders. Tarl was killed in the first volley of arrows, much to the disappointment of both Marigold and Imogen who had both taken a shine to the rugged woodsman.

The fight was bloody and brutal. As Harry stood in the centre ground, singing a rousing battle song to boost the morale of the party, Marigold used her magic to accelerate Davian to "superspeeds" and everyone made a good accounting of themselves. Marigold's webbing again proved crucial as did the 'boost' that Harry's singing gave his comrades.

Eventually the war party was slain, but one of the boars managed to slip off into the darkness. Tarl was given a proper Mnorean burial and the other boar was slaughtered, then dragged over the rise, where our heroes made a new camp and cooked up the boar, away from the orc corpses.

Sleep was fitful as the air was rent with wolf howls, but eventually morning came (as did the carrion crows feeding on the aftermath of the battle) and our heroes headed towards Huldre Forest, even though Kirchin was unable to find the route that Tarl had spoken of.

With the ever-present stench and noise of the orc city of Dill on the southern horizon, the group made its way to the perimeter of the forest by nightfall and set up camp 50 yards or so inside the canopy of the dark, twisted trees of Huldre Forest.

They were quite unnerved by the constant mist on the ground, the creaking of the trees and the feeling that 'things' were moving and skittering around them.

They dined on boar meat and settled down for the night, taking it in turns to keep watch. Around midnight, while Imogen was on watch, her horse (Jimmy) - tethered nearby - gave a scream and fell over.

Everyone was woken by the sound, and Imogen kicking them, and when the horse was inspected they discovered large chunks had been gnawed out of it (like 'cattle mutilation') and Harry spotted a dozen or so, tiny little furry critters disappearing into the darkness.

There wasn't much anyone could do, so they moved away from Jimmy's corpse and resumed sleeping. On Harry's watch he realised the little beasts were everywhere, running across the ground and through the trees.

The next day they set off again, pushing deeper into the freaky forest in the general direction (they hoped) of Landmaster Hall ruins.

A half-dozen orcs, carrying a couple of small, dead boar, were stood several yards in front of them. Marigold flustered her 'haste' spell on Davian and Harry's rousing battle song choked in his throat, but combat was joined.

Again, our heroes triumphed, but the battle was harder without Harry's morale-boosting tunes and Marigold's magical assist to Davian.