Chapter Twenty-Seven: A Hundred-And-One Uses For A Frozen Corpse...

As Cobblethwaite's Companions looked down upon the Stellarium of The Vinteralf and came up with various plans to gain egress to the ancient building, there was a flash of yellow-orange light in the sky followed by an almighty earthquake. Which triggered an avalanche!

The entire party was buried in the snow, but luckily Harry and Marigold managed to dig their way out and start finding the others and rescuing them. Unfortunately, they found Holly too late and the young sage had frozen to death! 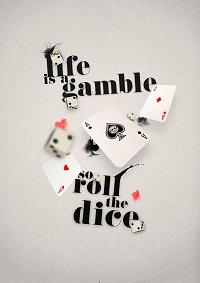 [From beginning to end, this was all dice rolls and skill checks in the hands of the players, from the strength of the avalanche through to the numerous survival rolls. It was very tense, and we could see Holly's life trickling away, but the dice were against her and we're surprisingly strict in our 'let the dice fall where they may' attitude to gaming. And eventually Holly's endurance and strength just ran out... quite a time before they found her body].

The adverse conditions, and looming end-of-the-world made the party quite unsentimental. They looted their colleague's body then left her in the snow for wild animals to dine on.

Dark gallows humour took over and for the rest of the day they were positing random uses for her frozen corpse (from sledge to doorstop, to frozen meal or canoe).

Scaling the side of the stellarium, Harry peeked in through the massive hole and saw a giant - but damaged - orrery above a concave bowl filled with rotten books, paper, gold, silver, gems etc and something large and almost invisible curled on top of it.

The party then opted to scale down the front of the glacier and gain access through a tunnel there. The ice tunnel led to a complex of exotic stonework that mystified their resident dwarf.

Lengthy exploration unearthed a number of rooms across several levels; the deeper one being particularly peculiar and only Harry managed to gain access to that level.

Having 'robbed' the walrus-men while they slept (in our heroes' defence, they thought the creatures were dead) of a folding wooden picture book, the party saw a series of wood carvings demonstrating the use of the Gauntlet Of Angelus... and the (fatal) cost it appears to exact on its user.

By returning the book to the leader of the Vinteralf, Prince Thravir, Marigold discovered they both shared a knowledge of the Sorcerer's Tongue and haltingly managed to convince Thravir that Harry was the "chosen one", selected to wear the Gauntlet to face the two-pronged apocalypse of the tarrasque and The Yellow King.

The Vinteralf were also very impressed by Harry's willingness to sacrifice himself for the greater good [due to the language barrier, I'm not entirely sure that Harry fully grasps what is being asked of him].

Thravir conducted the required "passing of the torch" ceremony and handed the Gauntlet to Harry. Kirchin produced the starstone which they slotted into the metal glove, which was then slid onto Harry's hand. There was a click and the halfling realised the Gauntlet wasn't coming off.

Our heroes then made to leave via the route they had come in by, but another smaller earthquake, bright yellow/orange lights in the sky, the melting/collapsing glacier, and the sounds of hordes of demons and sundry other unknown critters coming from both sides of the valley suggested that they might be making a final stand at the Stellarium.